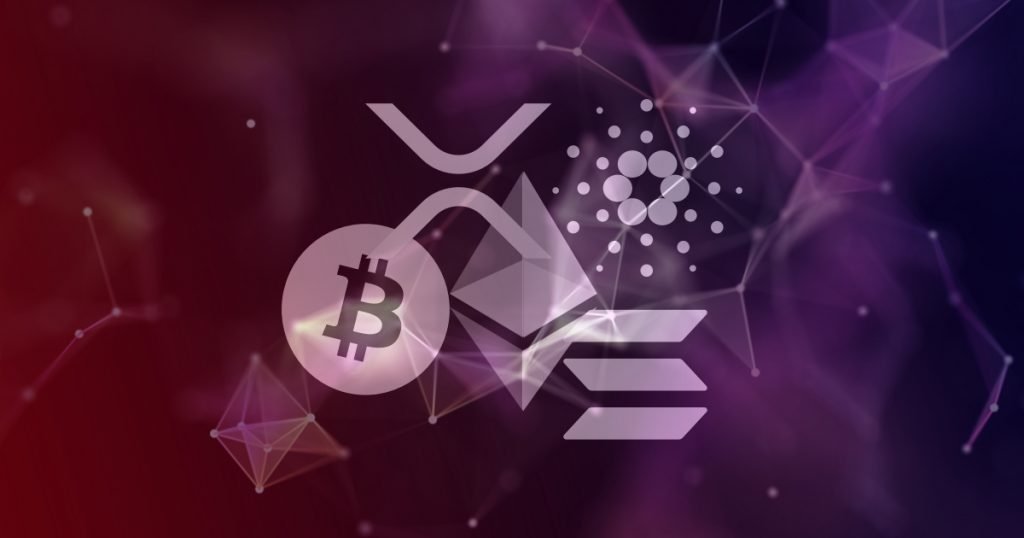 Traders are taking advantage of the impressive bullish run of many leading cryptocurrencies already. One of the coins made over 70% gains. It is time to act and make some profit and this weekly report will guide you.

Bitcoin price has made a stunning reversal after weeks of downtrend price action. Since January 1, the peer-to-peer digital currency token has been up 5%, blowing past short term resistance barriers and enticing day traders to jump on smaller time frames to join the uptrend hike.

Bitcoin price, on Monday, January 9, auctioned at $17,354, a 1% rise on the day with little resistance from profit-taking bears. After successfully breaching the 8-day exponential moving average, an indicator used by short-term traders looking to scalp trending markets, the bullish bias was becoming self-fulfilling.

Bitcoin price auctioned at $17,539. The slope of the developing uptrend appears to go vertical, suggesting BTC is starting a much stronger rally. Throughout the month, the 8-day exponential moving average, and 21-day simple moving average have provided support for bulls entering the market, which is another positive sign for higher BTC price.

As of Friday, last week, Bitcoin price was up 6% on the day, making the trending relief rally a 20% gainer since January 1. The daily spike (now the largest daily gainer of the month) has gone completely vertical, breaching past a trendline that halted previous uptrend attempts throughout the fall.

Bitcoin price exchanged hands at $20,017. Zooming out, the previous range shows converging trendlines from the June 18 low and August 15 high, as the BTC price failed to break each side of the range throughout the summer and fall. Elliott Wave practitioners suggest that an "Ending Diagonal" as a possible explanation for the confining range.

If the recently breached trend line is a part of an ending diagonal pattern (commonly found near market reversals) the bullish target zones could be the finals origin point above the August high resulting in an additional 25% rally from Bitcoin's price today.

A Fibonacci retracement level from the bullish cross of the 8-day exponential moving average and 21-day simple moving average at $16,655 and the $25,000 high shows resistance levels at $20,430 and potentially $21,440. These levels could act as temporary resistance points before BTC ultimately moves toward the anticipated target zone.

Ethereum price moved in unison with Bitcoin's bullish surge but has bolstered four times as many gains. On January 9, 2023, the decentralized smart contract token's market value has increased by 4.5%. On smaller time frames, traders are impulsively entering the market to grab hold of the ETH's profiting-yielding horns.

At the opening of the week, Ethereum price trades at $1,342, perpendicular to the 38.2% Fibonacci retracement level of October's swing low to swing high. As ETH trades within October's range, the conservative target to aim for is the 61.8% FIb level at $1,457. The bullish scenario creates space for an additional 9% increase in market value from today's Ethereum price.

Earliest evidence to suggest an uptrend failure would be a breach below the October range low at $1,328.

On January 11, Ethereum price auctioned at the $1,375 hurdle, which caused two steep corrections in the past and also coincides with another hurdle. Ripple price shot up on January 10 after days of consolidation. As a result, XRP rallied 5% and tagged the declining trend line connecting the swing highs from November 24.

Ethereum price has outperformed Bitcoin by 100%, rallying 12% since January 1. Similar to BTC, short-term indicators for the decentralized smart-contract token also indicate a favorable environment for gains. If market conditions persist, the ETH token will likely tag $1,400 and $1,450 before a stronger resistance enters the market.

Ethereum price auctioned at $1,356 on January 12. The Ethereum's move above the $1,230 level, which was the low point of October's range, on January 4, provided confirmation to using Fibonacci retracement on the specified range. Ultimately ETH could rally as high as the other side of the range near $1,600 in the coming weeks, with expected turbulence along the way.

Ethereum price was in profit last week. Ethereum price has confirmed the bullish bias mentioned throughout the winter and has hit the ideal target at $1,450. Since the beginning of the month, analysts have been calling for a potential challenge of the mid-$1,400 barrier after ETH crossed over the $1,230 support zone.

Ethereum price closed the week trading at $1,458. Traders participating in the bullish trade are well in profit as ETH now bolsters a 22% gain since January 1. The next key targets are near $1,600. The price zone is a critical liquidity level that has remained untagged since ETH fell from $1660 to $1,073 during the first week of November.

XRP price makes turbulent gains last week. XRP price has risen by 2.5% to start the second trading week of January. When compared to its Ethereum and Bitcoin counterparts, Ripple's uptrend rise seems more turbulent. The resistance is displayed on the 4-hour chart. Bulls have prompted several attempts to hurdle the $0.35, but profit-taking bears advantageously keep the digital remittance token suppressed.

XRP price traded at $0.353 on Monday. The ricocheting price action between the converging range enabled a second bearish spike and recovery of the 8-day exponential moving average. If the bulls can sustain a daily close above the aforementioned level, then XRP could continue to make gains in the coming days. A key target to aim for would be the December 27 swing high at $0.373, resulting in a 5% rise from Ripple's current market value.

XRP price has traders honing in as the bulls accomplished a stunning trend change on smaller time frames. On January 11, the digital remittance token rose by 6% after finding support from the 8-day exponential and 21-day simple moving averages. The recent uptrend hike remains erected despite piercing multiple resistance levels in just 24 hours. XRP price traded at $0.371, following the surpass of $0.366, the target from previous outlooks. XRP price is up 3% on Thursday and aims to rise above $0.40. The crypto market has made a full U-turn and is charging north impulsively. The vertical incline being displayed could extend towards much higher targets.

At the end of the week, XRP price continues to ascend as the bulls were up 3% on the daily, bringing the ongoing rally to a 29% increase in market value since January 1. On January 11, the largest influx of volume this year accompanied the developing trend, as 1.6 billion transactions were accounted for on all exchanges during XRP's 7% uptick. The spike in volume is a positive affirmation to suggest bulls' enthusiasm and the beginning stages of a much larger bull run.

XRP price exchanged hands at $0.384. Unlike BTC and Ethereum, The Relative Strength Index has not yet broken out into overbought territory above 70 level on daily timeframe. Breaking out past 70 would be an ideal bullish signal to suggest that Ripple is unfolding a larger impulsive wave. Since it has not yet breached the barrier, the XRP price could be trading range bound, placing a cap above the current uptrend's potential.

Cardano and Solana, two competitors of the smart contract blockchain network Ethereum recently witnessed massive breakouts in their prices last week. On-chain indicators like social dominance and network activity in ADA and SOL signaled a bullish trend reversal before the tokens posted double-digit price rallies. The next altcoin to follow ADA and SOL in this trend is Litecoin, bulls target a 22% rally in the payment token.

Cardano and Solana prices yield upwards of 20% gains for holders in 24-hour period. Cardano, the Ethereum-killer smart contract blockchain network and the proof-of-stake layer-1 blockchain Solana yielded 20% gains for holders in a 24-hour period, from January 8 to January 9, 2023. Cardano and Solana’s correlation with large market capitalization cryptocurrencies Bitcoin and Ethereum nosedived, the altcoins decoupled and witnessed a bullish breakout.

Cardano price is the center of the crypto market's attention during the second trading week of the new year. On January 9, the smart-contract token surged by 40% since its opening at $0.248 on 2023's opening bell. As the days progressed, the trading range has expanded progressively. Consequently, Cardano breached several short-term indicators and previous resistance zones.

Cardano price auctioned at $0.3170 as the self-proclaimed Ethereum killer token hovers within December’s broken support zone. Earlier in the week, the bulls breached both the 8-day exponential and 21-day simple moving averages, signaling that the uptrend was genuine. The 15% spike on January 9 broke through the December monthly high of $0.3290, leading to a period of profit-taking consolidation.

On Thursday, Cardano price has produced positive returns five days in a row. ADA could rally towards $0.40 for a 21% increase. Cardano price has displayed continued market strength in recent days. The uptrend could be the start of a much larger move north in the coming weeks. Cardano price continues to be the topic of discussion amongst crypto traders as the digital smart contract token has rallied impressively since the start of 2023. As of January 12, the ADA price has returned 35% of lost value to investors. The ongoing relief rally provokes an eerie feeling that the ADA token may have bottomed out on a macro level. Cardano price auctioned at $0.3287 on January 13 as the digital asset produced five consecutive green days in a row. The slope of the trend has gone nearly vertical, enabling bulls to grab the liquidity above December's monthly high at $0.3290.

Solana price has gained by more than 70% year-to-date as the value of the cryptocurrency rose from $8.80 to $16.74 on Wednesday. The buying spree, combined with the positive sentiment noted in the last couple of days, has helped the altcoin climb higher, and it is on the path to continuing this pattern.

The Parabolic Stop and Reverse (SAR) indicator is maintaining its uptrend indication on both the 4-hour timeframe as well as the daily timeframe. The presence of the blue dots below the candlestick verifies the same.

This is further supported by the Average Directional Index (ADX), which is better known to indicate the strength of the active trend. As the red line of the indicator is above the 25.0 threshold, the uptrend has the strength necessary to push the price higher.

If these conditions sustain, Solana price could easily breach the resistance at $17.89 and tag the critical resistance at $19.30. Flipping this level into a support floor would provide SOL the boost it needs to tag $22.77 and mark a 37% rise to a two-month high.