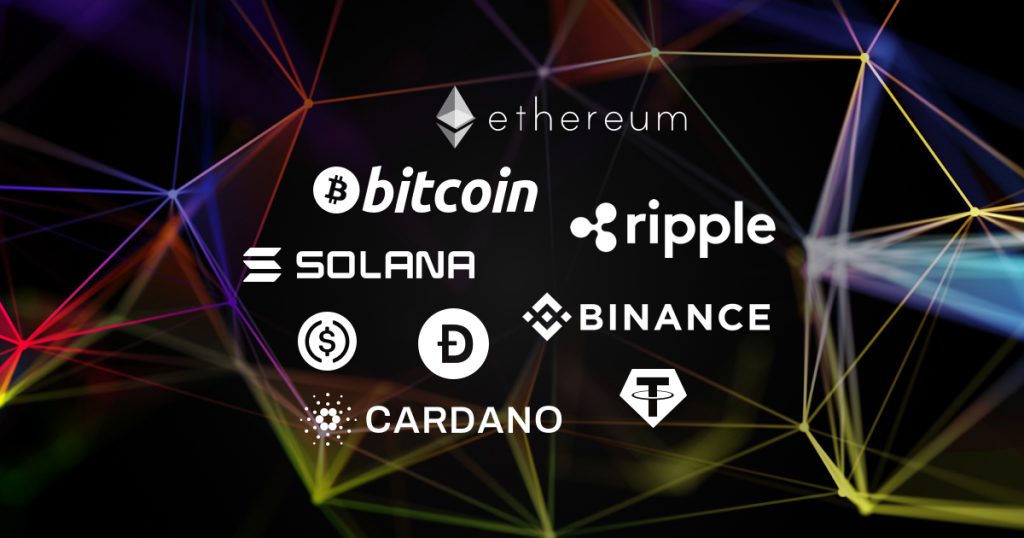 There is no better or safer way to engage the sloppy market of digital assets other than being guided by expert analysis and careful predictions. It is going to be a busy week across all leading digital currencies and here is a recap of things you need to know about last week’s performance.

Bitcoin price broke out of the bear flag setup on October 10 and triggered a 12% downswing forecast to $17,088. Bitcoin price traded at $19,414 on Tuesday. The 21-day Simple Moving Average (SMA) lost support, as the peer-to-peer digital currency fell in free-fall fashion on Tuesday, October 18. The move south was catalyzed by a previous triangle apex, which has persistently acted as support since the beginning of September.

Bitcoin price showed no signs of slowing down since it began its sell-off on October 18. There is a high chance this trend will continue until BTC finds a stable support level. Until this happens, investors should be open to seeing Ethereum, Ripple and other altcoins also shed weight.

Between Tuesday and Wednesday, Bitcoin price kick-started its retracement, aiming to retest the midpoint at $18,934.

On Thursday, October 20, Bitcoin price traded at $19,181. The 8-day Exponential Moving Average (EMA) put a halt to the uptrend rebound’s momentum. The rebound came after an overnight decline, which pushed the Relative Strength Index into oversold territory.

During the weekend, Bitcoin price traded at $19,073. After being rejected from the 8-day Exponential Moving Average (EMA) just a day earlier, the peer-to-peer digital currency fell to a low at $18,650. The bulls immediately stepped in to scoop the BTC price, causing a 2% rebound during the New York session.

Bitcoin price has been consolidating since the June 18 crash, which set a swing low at $17,593. Since then, market makers have been extremely busy sweeping crucial swing lows. The most recent swing low formed on October 13 at $17,935 created equal lows and collected the sell-stop liquidity resting below all the swing lows formed after June 19. This move was an excellent place to enter a long position and book profits at $19,951, aka the range high, but the 30-day Exponential Moving Average (EMA) at $19,440 is in the way.

Although Bitcoin price produced a twelve-hour candlestick close above it, investors need to wait for another confirmation. A successful flip and hold above this level could propel BTC to the next significant level at $22,048, provided it overcomes the $20,306 to $20,737 hurdle.

While things are looking up for Bitcoin price, market participants need to pay close attention to the $18,934, which is the midpoint of the $17,917 to $19,951 range. A breakdown of this level will indicate a shift in the market structure favoring bears. In this situation, investors should note that a sweep of the June 18 swing low at $17,593 will be a manipulation from the market makers before triggering an upswing. Therefore, a daily candlestick close below the said level instead of a liquidity run will indicate that the sellers are in control.

Ethereum price has been stuck between the $1,440 hurdle and the $1,280 support level for nearly a month and still shows no signs of a breakout. Ethereum price was rejected from the mid-$1,300 to start the third trading week of October.  A subtle uptick in volume was displayed in intra-hour time frames, while the Relative Strength Index showed an increase in bearish momentum on Monday, October 18. As of Tuesday, October 18, Ethereum price traded at $1,316 as the bears breached the 21-day SMA.

On Wednesday, October 19, Ethereum price was stuck between the $1,440 and $1,280 barriers and showed no signs of breaking out. For the majority of this rangebound movement, ETH has traded close to the lower limit and is at risk of a breakdown if Bitcoin price does not cauterize its bleeding.

Ethereum price was rejected from the psychological $1,300 on October 20, 2022.  The rejection comes after a bullish attempt to hurdle the 21-day Simple Moving Average (SMA), which was abruptly denied on Thursday. The move south prompted the bulls to lose grounds of the 8-day EMA as well. Ethereum price auctioned at $1,283.

Ethereum price was reacquainted with the $1,250 price level on October 21, 2022. Ethereum, the decentralized smart contract token, fell into the mid $1,200 level during the New York session and abruptly propelled higher. As of Friday, October 21, Ethereum price was auctioned at $1,296. The countertrend move has shown and was catalyzed by a subtle bullish divergence on the Relative Strength Index. ETH’s price is now back above the RSI’s moving averages, which added additional resistance prior to the fall.

On Wednesday, October 19, Ripple price was eerily close to breaking its bullish market structure. A breakdown of the $0.464 to $0.331 range’s support limit will add a tailwind to the bears’ plan. This development could see XRP price retest the $0.381 to $0.433 demand zone.

Nevertheless, XRP price auctioned at $0.44 as Ripple lost more than 5% of market value in a day's time. The 8-day EMA and 21-day SMA remained above the digital remittance token and produced the anticipated bearish cross on Monday, October 17.

During the weeked, XRP price exchanged hands at $0.45 as the digital remittance token remained submerged during the third trading week of October. Although a bounce is likely to occur near the current levels, the larger trend seems to be pointing to lower targets for the coming weeks.

The bears have produced a very large bearish engulfing candle, which breached through the largest bullish candle in the previous trend established on September 22. Invalidation of the bearish downtrend is a breach above the October 24 swing high at $0.52. If the bulls manage to reconquer the $0.52 barrier, an additional rally targeting September highs at $0.56 would be reasonable. Such a move would result in a 20% increase from the current XRP price.

Cardano’s price started the week by auctioning at $0.37, as a pennant-like pattern formed on the 8-hour chart. The Relative Strength Index showed bearish divergences between Monday’s highs and the initial recovery spike after the first breach of the $0.35 level.

The cryptocurrency was invented to be an upgrade on coins like Bitcoin and Ethereum by offering users a faster and safer transaction experience while consuming less energy. These features contributed to the unwavering growth witnessed in the early days of its launching as the coin reached its highest exchange value of $3.10 on September 2, 2021. Unfortunately, the coin has since been affected by the tides in the blockchain industry and hasn't been able to replicate that feat to date. Albeit a series of falls and raises, ADA is currently at $0.37.

Cardano price experienced a penny-from-Eiffel-style decline during the third trading week of October. Since the week began, the smart contract token lost 10% of its market value. As of Wednesday, the technicals did not suggest the bears were satisfied just yet. Cardano's price auctioned at $0.3419. The move south was catalyzed by a pennant-like pattern mentioned in the previous outlook.

Cardano price action was already looking vulnerable after receiving a rejection last Friday against $0.388. Since then, Cardano price action has been sliding and found support at $0.362 at the monthly S2 support level. Initially, it triggered a small bounce off that level, but then failed and ripped through it. The day after that, Wednesday, October 19, price action rallied a little, tested the resistance of that S2 level and saw it was no match for the bulls to take on, which triggered another drop of a few percentage points.

Cardano price rallied in applaudable fashion to end the third week of October. Since the start of the week, ADA, the self-proclaimed Ethereum killer token, lost 10% of its market value. Over the weekend, the bulls have managed to reconquer nearly all of the losses as a strong bullish rally ensues.

Going into the new week, Cardano price auctioned at $0.3619 the rally north has breached the 8-day exponential moving average. The Relative strength index has rallied into over-bought, hinting at bullish confidence. Most importantly, the volume amidst the current ascension has produced a classic ramping pattern in favor of the bulls. If market conditions persist, a rally toward the 21-day simple moving average stands a fair chance of occurring. Such a move would result in an additional 8% increase in price.

The uptrend scenario depends on the recently established swing lows at $0.33 remaining untagged. If the bears tag the invalidation point, the entire uptrend would be void. The ADA price would likely continue falling south towards $0.230 and potentially $0.25, resulting in up to a 30% decline.

At the start of last week, Solana price showed reasons to believe in additional selloffs in the coming days. Solana, the centralized smart contract token, witnessed a 16% decline since October 10. Interestingly enough, on the same day, CoinGlass's Long-Short Ratio indicator showed the largest skew in over a month. According to the indicator, nearly eight of every ten traders opened a long position during the period.

On Tuesday, October Solana auctioned at $30.99 as the bulls produced a ramping-like pattern to start their fight-back after the 8% weekend decline. The move south was catalyzed after the 8-day Exponential Moving Average was rejected. The bulls breached the 8-day could not test it for support.

The Relative Strength Index is now in justifiable territory for sidelined bears to enter after falling slightly into oversold conditions during the weekend. Additionally, there is a bearish divergence between the current price and the Thursday night high at $31.81. If the market is genuinely bearish, sell signals should start presenting between $30 and $31.50. A bearish target could be the 2020 liquidity levels near $20, resulting in a 35% decline.

Going into the new week, Solana price action is set to tank massively on the back of the technical forces currently pushing price action up or down within a certain limited range. The best example is to go back a little on the chart towards the beginning of October, when Solana price action broke through the red descending trend line and even looked to be preparing for a pop higher.

SOL price, however, never saw its rally take off and instead just ran into the wall of the 55-day Simple Moving Average (SMA). As that same 55-day SMA is trading downwards, the push was inevitable to the downside in SOL price action which broke through $30.21. The big dilemma bulls are facing is that they need to step in now or go for the bounce off the next big support at $26. If bulls let it go too far, however, the risk increases that SOL price action will drop to $18.66 and lose over 25% of its value.

As mentioned above, bulls have the choice of stepping in and trying to trade the bounce off the red descending trend line, as waiting could lead to bearish forces increasing if price action slips below it. That would mean that bulls start buying, defending the current low, and if successful see price action ramp up to $32, which is back to the 55-day SMA. With that move completed it also means the level at $30.21 gets reclaimed again.