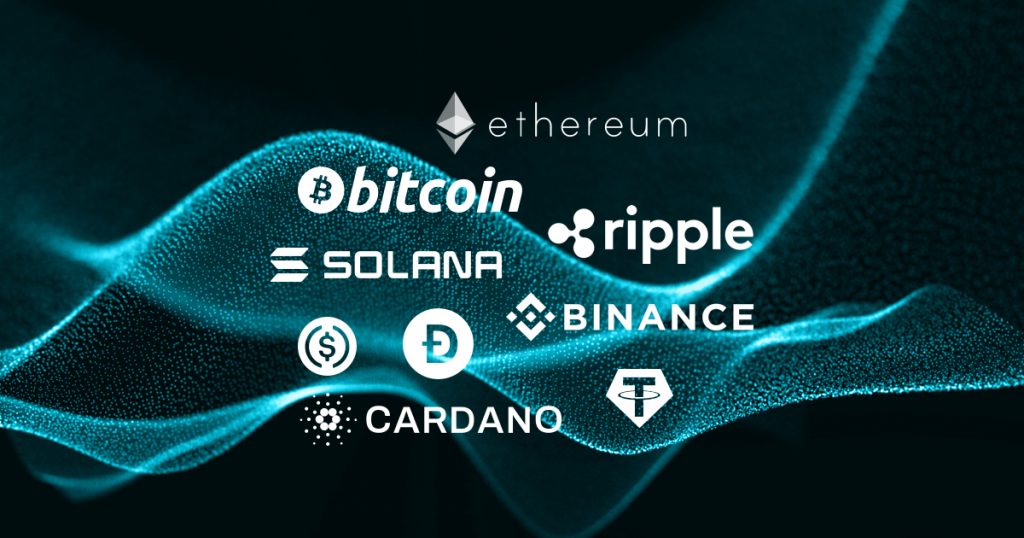 In the highly volatile market of digital currencies, one has to be guided by experts’ analysis and near-accurate predictions to avoid costly mistakes of investments and this is where this weekly report comes in.

At the opening of the week, Bitcoin price swept the previous weekly low at $18,500 and was very close to collecting the sell-stop liquidity below the June 18 swing low at $17,593. Regardless, the recent sell-off for BTC is an opportunity for patient investors. Investors can expect BTC to trigger a run-up to $19,405, which is the weekly open. However, a flip of $19,539 could catalyze Bitcoin price to retest the $20,737 hurdle, clearing which could result in a swift move to $25,169.

On Wednesday, Bitcoin price has investors on edge as the peer-to-peer digital currency fell below $20,000. The recent breach established a new low for September at $18,271 and wiped out all of the previous swing lows dating back to July 2022. Bitcoin price auctioned at $19,224.

On Thursday, this lackluster performance of BTC caused Ethereum, Ripple, and other adults to lose their volatility. Regardless, patience is truly a virtue before events like this, so investors should exercise it.  Bitcoin price failed to hold grounds above $19,000. On September 20, the bears established a large bearish engulfing candle on the 2-day chart while dually have established a new low for September at $18,125

Bitcoin price currently auctioned at $18,927 on Friday. An influx of volume continues to enter the market with the declining price. Still, the Relative Strength Index is near a significant level that has acted as support during previous bull runs. Additionally, there is a divergence between the newly established low and the previous September low at $18,510.

Bitcoin price was in a tough spot with tight consolidation and no directional bias and remained like that for 48 hours. It is possible to market participants could see a bearish spike in selling pressure around the New York open, which could tank Bitcoin price to collect the sell-side liquidity resting below the previous weekly low at $18,097 or the June 18 swing low at $17,593.

A quick recovery after a liquidity run will signal a bullish narrative and propel Bitcoin price to August month’s lowest point at $19,508. A flip of this level could send BTC to $25,200, which is August month’s highest point, if it can overcome the other hurdles in between.

While things look ambiguous for Bitcoin price, a breakdown of the $17,593 level without a recovery could flip this barrier into a resistance level. This development will invalidate the bullish thesis for BTC and potentially see BTC crash to $15,550 the next stable support level for the cryptocurrency.

At the beginning of last week trading session, Ethereum price was down 7% in 24 hours as the bears flexed a sharp liquidation after the overnight rally. Like Bitcoin, Ethereum price tested the 8-day exponential moving average. Although the decline looked nearly identical to the BTC's, there was less volume amidst the Ethereum decline, suggesting that more erratic price action could be underway.

Ethereum price opened the week at $1,324. Despite the sharp decline, the smart contract token was still within bounds of healthy uptrend territory on the Relative Strength Index.

On Wednesday, Ethereum price continued to linger around the $1,200 to $1,300 support area, which was crucial for bulls to defend. Towards the weekend, Ethereum price auctioned at $1,333, showing subtle signals that merit concern. There

Going into the new week, Ethereum price auctioned at $1,338. The bulls have struggled to gain support from the 8-day EMA all week. Unlike Bitcoin price action, the volume amidst the current sell-off is relatively sparse. Although this is an optimistic signal that the downtrend is weakening, sometimes markets can roll over simply from a lack of buying interest.

The lack of retaliation from the bulls could be evidence of a true downtrend underway. The Relative Strength Index shows a bullish divergence on higher time frames, but ETH will need to start trending north to confirm whether the signal is valid.

Therefore, this thesis leans bearish, targeting the summer lows at $880. Invalidation of the bearish view is a definitive structure change above $1,600. If the bulls can flip this barrier as support, the Ethereum price could rally towards the September high at $2,030.

Ripple price rallied 74% last week as it hovered above the $0.464 support level on Monday, September 26.

The bullish case depends on the momentum and directional bias of Bitcoin price.

On Tuesday, XRP auctioned at $0.4532. A Fibonacci retracement tool surrounding the steepest decline within the recent 70% bull rally last week showed the correction as just over a 38.2% retracement level.

On Wednesday, September 28, Ripple price crashed 25% since its local top at $0.559 and was likely to continue until Bitcoin finds a stable support floor. According to analysts, this might ideally happen after a bounce off the $0.397 level, which is the $0.331 to $0.464 range’s midpoint. XRP price auctioned at $0.4343. The bears forged a 7% decline during the overnight session after breaching the 8-day exponential moving average. During the New York open, the bulls stepped back in, prompting a 5% recovery rally. Still, on-chain metrics show the current counter-trend pullback may be a disguise for a much larger move.

XRP price pulled off an impressive 20% rally on Thursday, September 29. The sharp increase in profit shows less volume than the previous 70% bull run. This subtle cue suggests XRP could be enticing retail traders to join the next rally prematurely in hopes of aiming for magnet-like confluence levels near $0.60.

XRP price auctioned at $0.48 as the digital remittance token increased its market value by 66% last month. A Fibonacci Retracement level surrounding the strongest rally during September shows the “golden pocket” 61.8% retracement level at $0.41. The level remains unvisited since the Ripple bull run broke new highs for September at $0.56. A plunge into that level remains plausible and would result in a 15% decline from the current market value.

The earliest evidence to confirm a bearish idea will be a breach at $0.45. If the bears tag $0.45, the bearish scenario is likely underway. If $0.45 remains untagged throughout the weekend, the bulls could rally towards $0.60, resulting in a 28% increase from the current XRP price.

When the week opened, Cardano’s price auctioned at $0.44 as the bears prompted a 4% drop in market value. The decline places the ADA price back below the 8-day exponential moving average,  although ADA still hovered above supportive territory on the Relative Strength Index.

Traders should entertain the idea of a ‘sweep the lows’ event targeting the May 11 lows at $0.40 in the coming days. Such a move could bring a large influx of volatility to the market as breakout bears likely have orders near the region in anticipation of a sharp triangle breakout. The influx of liquidity could resolve the mundane price action Cardano experienced throughout the summer.

Cardano price has remained neutral despite the blockchain undergoing a massive upgrade last week via the Vasil hard fork. This update is multi-faceted and brings a host of improvements to the so-called “Ethereum-killer”, including transaction throughput.

Other notable improvements include “diffusion pipelining”, which increases the Cardano blockchain network’s transaction processing capabilities while also improving the block propagation times. The developers commemorated a successful implementation on September 28 on Twitter. Although a major milestone for the developers and users alike, Cardano price failed to react to it. In fact, ADA has been consolidating and has remained highly correlated to Bitcoin price.

Cardano price has been producing liquidity fractals, which are essentially a sweep of the previously formed swing low followed by a quick rally. So far, ADA has produced eight of these and will likely produce one more before buyers step on the gas pedal.

The so-called “Ethereum-killer” has produced three equal lows at $0.425 and has sell-stops resting below it. Therefore, a swift move to the downside to collect this liquidity, followed by a swift recovery above $0.435, will indicate that market makers are at work and also signal a bullish outlook.

In such a case, investors can expect Cardano price to trigger a 15% run-up to $0.505, where a local top could form. Depending on the momentum, ADA could extend higher and fill the imbalance, aka Fair Value Gap (FVG), at $0.530. In total, this move would constitute a 25% gain for Cardano price, and interested investors can look to get in after a sweep of the equal lows at $0.425.

While this outlook seems promising, Cardano price moves at the whim of Bitcoin price volatility. Therefore, a daily candlestick close below the equal lows at $0.425 could turn sour if ADA fails to recover above it. Moreover, a secondary confirmation of the lack of bullish strength will be seen if the altcoin fails to move above the $0.435 resistance level.

Solana price opened the week at $32.94. During the decline, the bears established a strong bearish engulfing candle, bringing the price from $38.86 to $33 in just 12 hours. The candle breached the 8-day exponential moving average (EMA) and was accompanied by a large uptick in volume. Solana re-tested the 8-EMA after failing to find support at the 21-day simple moving average (SMA) while dually failing to close above the large candle's closing price on Monday, September 26.

Since its inception in May 2020, Solana has rallied immensely from $0.50 to all-time highs at $250. One can easily fit three impulsive waves within the uptrend, which suggests Solana has printed an impulse wave of a larger degree.

On Wednesday, Solana price auctioned at $33.72. Since all-time highs, the SOL price is down 87%, which is the classic level for a market bounce. Additionally, the retracement has fallen into the previous wave four under less volume than the previous bull run. Lastly, the SOL price hovers over the ascending trend channel surrounding the first wave and correction, another text-book-like market-bottom gesture.

Combining these factors, Solana price is a crypto one should confer dollar cost averaging into. The market still has over 90% cushion space to fall without invalidating the macro count. This thesis would be void if the bears were to tag the $0.50 level. Still, several compounding factors suggest SOL will be one of the few cryptos to make it through the bear market.

On Thursday, Solana price printed a bullish picture while aiming for a move to $38.00. Solana price continued to embrace support from an ascending trend line while reaching for a bullish breakout that may tag $38.00. All eyes are glued to its ability to crack the seller concentration area at $35.00, which might pave the way for a sustainable recovery.

Solana price started gaining momentum after bears respected confluence support around $33.00. Hosted within this area are the 200-day SMA (Simple Moving Average – purple), the 100-day SMA (blue) and the 50 SMA-day (red). It is worth mentioning that SOL’s forming uptrend enjoys the support of a rising trend line, which has been in place since September 22.

Solana price may invalidate the uptrend in the region between $35.00 and $36.00. Buyers struggled to clear the same region early last month as SOL pushed to $38.00. Traders should consider exiting from their positions at $36.00 because failure to break out to $38.00 could result in a sharp trend correction.

SOL does not have a shortage of possible downside price targets (support area). The confluence support at $33.00, the rising trend line and the major support between $30.00 and $31.00 may come into play to thwart bearish advances to $26.00.

In the past week, USD Coin's price has dropped by 0.01%. There has been no change in the price over the past 24 hours. Within the last hour, the price increased by 0.00%. Per USDC, the current price is $1.00. It represents an all-time high.