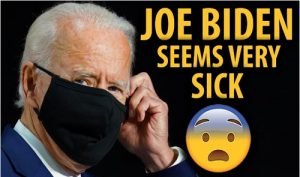 Once again, it’s been a week with very little substance to report.

Joe Biden is still the worst President in American history.

Last week he told us he had cancer, 24 hours later, they told us he had Covid. This week I expect they will say to us he has caught Monkey Pox! (which he probably caught after borrowing Hunter Biden’s underpants).

Get well soon, Joe. You are the only person keeping Cackling Kamala out of the White House right now, so we are all grateful for that small mercy!

In the UK, Boris departed with an “Hasta la vista, Baby!”. And now we have two conservative clones taking chunks out of each other to be British Prime Minister for less than 2-years.

I’ve been in the “not Rishi” camp since this leadership contest started – as giving away money like candyfloss during the China Virus did not make me a fan.

However, I suppose anyone brave enough or crazy enough to want to be the Prime Minister over the next two years is worth listening to.

Albeit that China has its own financial problems, they are still the King of the Hill, and their pet Rottweiler, Putin, continues to play games with NATO’S proxy army in Ukraine, which is causing untold misery for Europe’s political elite(?).

I don’t know how much longer the EU can keep limping along as a useless supra-government, because as any rational person would admit, the wheels are coming off the trolley as far as Brussels is concerned.

Further afield, many countries from SE Asia, Africa and Latin America are suffering.

Developing countries cannot pay their debts, and food shortages are a real problem.

Putin’s agreement to allow current crop grain and oils to be shipped out of Ukraine is giving short-term relief, mainly for MENA countries, but this is only short-term.

I will be very interested to see how much Ukraine will produce next year, and how much of this goes to Europe and Turkey (Especially, now that Erdogan has guaranteed Turkeys slice of the cake by brokering the deal with Putin). 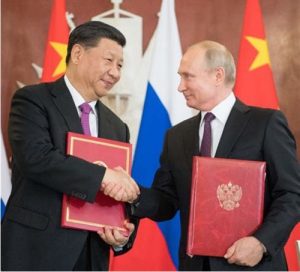 Despite the narrative given out by western media, Putin is in a powerful position, and we will not change that overnight.

He did a significant commodity deal with China before the war and could not only turn on or off energy supplies to Europe, but now he has some control over food supplies.

Do you want energy or food? Say please, Mr Putin.

Global Geopolitics is changing, and the western world had better wake up quickly!

And so, what about the markets.

Outside of the self-promotion of the young guys putting on a brave face in these dire times, there is little happening that is worthy of reporting.

Happily, the pessimism we heard a few weeks back has dried up because the surrender monkeys have gone on holiday.

Some commentators are looking for a short-term rally to give us all a bit of respite. However, I suspect few believe that a rally from current levels will be meaningful long term.

Commodities remain weak. I will keep precious metals and possibly look to sell base metals against foodstuffs.

I wrote last year that you are probably better off buying a farm than gambling with the farm, and I still believe this is the situation.

China and the Middle East have been buying productive land for 20 years, Bill Gates has bought vast swathes across the USA, and now we realize China is also buying large pieces of American land in strategic areas.

Buying land with its own water supply is worth the premium. However, I doubt many people reading this will consider such a move.

Personally, as part of a diversified portfolio, I would rather own a few acres than some pseudo, antique of the future, pixelated Monkey.

That’s enough for this week. The sun is shining, Biden is still the worst President in American history, and I’m off down to the beach for a beer!.

Thank God for the Sunshine. But not the drought.