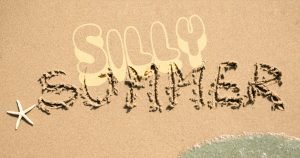 Summer “silly season” is upon us, and if you are not now taking a well-earned break, you should do it.

Downside momentum is still with us, but it has dramatically decelerated to a point where some people are now looking to go long for a quick rally.

I hope the rally takes place because it will put a smile on a few people’s faces. But I am not so sure whether this rally will be strong enough to turn the current weak economic trend.

In the overall economic picture, I don’t see much has changed.

Just as I am doing here, people will find something to write about, especially those dedicated to the arts of making caveman drawings, whale watching, and think they can out-think dumb politicians.

This time of the year, I spend a lot of time running between my Airbnbs with bags of laundry, downing a few cold beers, and keeping the family happy.

In between, I am keeping an eye on the markets and watching the games politicians play. But the serious stuff is more of a distraction than the prime focus.

I am sure I am not the only person in this situation, and everyone deserves a decent break after the disastrous first 6-months of this year.

We, the privileged people working in the world of crypto and high finance will enjoy this summer, providing we didn’t get completely wiped out in the first half. 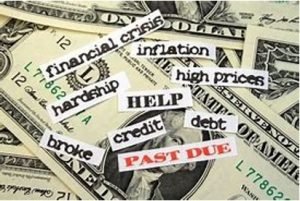 However, I am noticing a shortage in September and October bookings, which indicates that those working in other areas of the economy are starting to fear what the future has in store.

Usually, by now, guests would be booking for October. But this year it is slow, even slower than last year with Covid.

That suggests to me that inflation is seriously starting to bite.

We are all hoping that lower commodity prices will slow down and ultimately reverse inflation, but we have to watch how reduced spending affects profitability and jobs.

Moreover, I am still concerned about food shortages, not only in Europe but in other less politically-stable parts of the world. 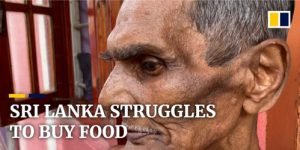 Recent events in Sri Lanka, where the government’s adherence to a Green Agenda caused vast swathes of the population to go hungry, and prompted the overthrow of the government, is probably not a major concern for most of us.

But, when we look nearer to home, the problems in Ukraine will undoubtedly lead to grain shortages, especially wheat.

The current problem is getting grain out of Ukraine. Luckily, we are seeing boat loads going up the Danube into Europe

which should relieve near-term shortages across the continent. And if the next crop is short, due to the ambitions of Ukraine, Europe should still get a sizable share of future production. 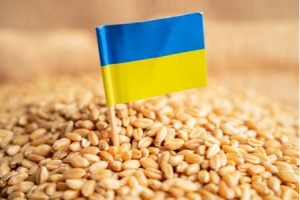 However, The three largest importers of Ukraine wheat are Egypt, Indonesia and Turkey: Countries with massive populations which are not without political problems.

I am not suggesting that these countries will go the same way as Sri Lanka, but if the people in these countries start to go hungry, problems could escalate, so we should keep an eye on what is happening in these places.

I don’t think it is necessary to point out the heatwave Europe is currently experiencing, as the global warming alarmists are making sure we all know the sun is hot. But because of the heat, there is the potential that we might see a reduction in European crops and foodstuff.

With that in mind, I would not be confident shorting all commodities at the current time, and will probably be looking for a level to go long of grains over the coming month.

I hope I am wrong in my view of wheat, but if I am right about diminishing food supplies in Europe, then that might support my view that the Euro should continue to weaken.

Moreover, such potential turmoil should be supportive of cryptocurrencies, but I see no reason to get gung-ho just yet.

No matter how much I dislike the idea of government involvement in the crypto-industry, I accepted it would happen a long time ago.

The likes of Christine “the crook” Lagarde enjoy being able to wave her big stick of rules and regulations at the industry, and you’re completely deluded if you think she will not do much damage.

The industry should survive, but I doubt it will look the same in 12 months as it did 12 months ago. So it is going to be an exciting second half of the year.

That’s all for this week.
Enjoy the sunshine and have a beer on me!

When the sun is shining, all is right with the world