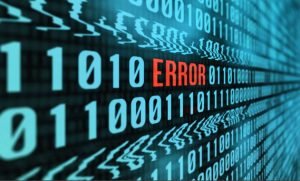 I am not one for delving deep into every technical product’s nitty-gritty. But it appears that there are a few programming errors across the crypto blockchain industry, which is worrisome.

I am no expert on such matters, and it would be wrong for me to criticize or point fingers, but there is no question that things need tidying up.

I suppose it is understandable that in a high-tech environment, some products will be rushed to market without being thoroughly tested, and companies will lack the resources to carry out stress checks from various angles. But hopefully, people will try to tie up a lot of technical loose ends and fill in the gaps over the summer.

I learned long ago when trading platforms first appeared, that these problems were best left to lawyers and technical wizards. However, once we discovered a problem, we rigorously double-checked what our products could and couldn’t do so we didn’t run foul of our clients.

Remember, Hell has no fury like a small investor who has lost a lot of money.

Jackie Gleeson once said, “I have enough money to last me the rest of my life unless I buy something“. There is a certain amount of truth in this.

The crypto industry is going through a life-or-death crisis, with those heavily invested and involved doing their best to keep these currencies and spin-off products alive. Meanwhile, many authorities around the globe are doing their best to undermine and destroy the business’s independence, which is the thing that makes it so attractive.

Massive amounts of money have come into this business, with many involved refusing to accept a trillion-dollar industry could disappear. And hopefully, they are right.

However, with all the optimism in the world, we cannot ignore that previous crashes in crypto values occurred when the rest of the economy was reasonably stable. We certainly have never seen a decline of this magnitude occurring as we entered a global recession.

Moreover, previous declines happened when there was little interest from politicians. 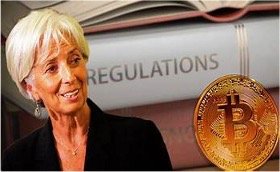 I am no fan of that crook, Christine Lagarde, but she has clout in Europe, and when she starts to blame cryptocurrencies for being part of the problem we see in the global economic decline, we have got to listen.

The woman is a little crazy. One minute she claims cryptocurrencies are worth nothing, and in the next breath, she claims there is a need to regulate them.

Only in the EU would someone say there is a need to regulate nothing! But hey-ho.

As stated last week, I cannot bring myself to put on any long positions in equities and only have a little exposure to cryptocurrencies because I feel we must see more pain before we hit bottom. After which, it will take some time before the economy starts to pick up.

We will probably see a lot of volatility over the summer, with some more prominent players playing games with the markets. But we should not lose sight that the recession is only beginning.

Shorter-term, the markets are heavily oversold, so we cannot discount some serious rallies, especially in crypto. But with a recession ahead, we need to see a lot more consolidation at lower levels before I will consider buying for the long term.

There are a lot of commentators whose analysis points to 10,000 on BTC, and if my view of SP is correct, then 10,000 could be seen. But I would not be trading for it.

I will be keeping my exposure very small for the time being.

What I am watching at the moment are commodities, especially grains and foodstuffs.

In previous reports, I mentioned that we should see values of commodities decline into the summer, and if we see a large enough pullback, buying soft commodities might prove lucrative. 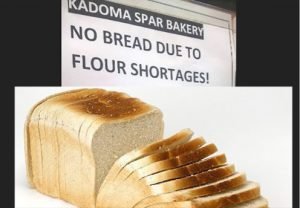 Usually, I would not discuss these kinds of trades this time of year. However, I still worry about food shortages, especially grains, due to what is happening in Ukraine, and countries like Indonesia and India, which are already clamping down on the exports of staples.

Over the coming months, there will be a lot of opportunities to make money from short-term speculation, but it would not be wise to ignore the global economic mess.

Moreover, we are basing our analysis on unstable ground because God Knows how our politicians will perform when the shit hits the fan. They are bound to make things worse!

All I can advise is caution when trading. Don’t let your emotions get the better of you.

It’s better to lose an opportunity than to lose the money in your bank account.

Finally, I will leave you with a quote from the Greek Philosopher, Anacharsis.

“A market is a place set apart for men to deceive and get the better of one another”.

To err is human, but you need a computer or a politician to mess up completely