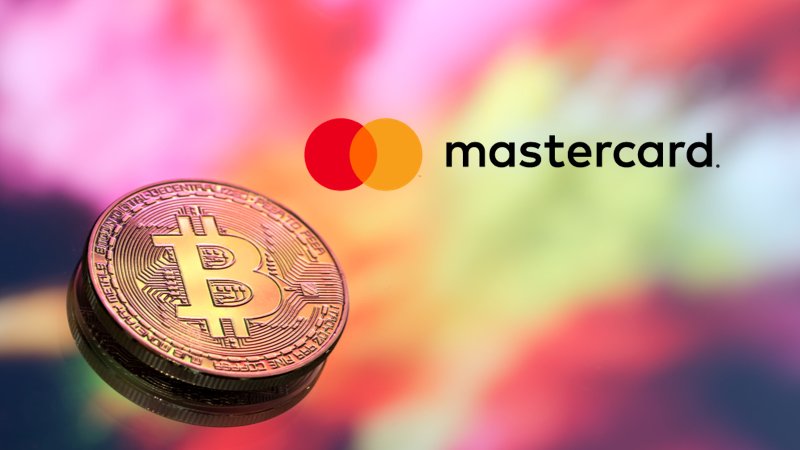 Last week marked the end of April and ushered in the new month. The digital asset space for the week seemed to be centered around the price of bitcoin and the interest of several financial corporations in the digital asset space. First on the list is Mastercard, which noted the company's interest in investing in smart contract technologies on Thursday during the quarterly earnings call. These technologies are meant to pair with central bank digital currencies (CBDCs). According to Mastercard CEO Michael Maibach, the aim is to aid governments in evaluating the use of CBDCs outside payments. He noted that "Mastercard - in the future - will look into applications that can exist on top of CBDCs." Before this, the Bank of England, the European Central Bank, and several other central banks have already taken the approach of having central banks mint CBDCs and distributing them through the private sector. This approach is known as the "two-tier approach." Mastercard had in September last year announced its plan to offer central banks an environment for testing how CBDCs work in real life. Recently, they have begun engaging with governments on CBDCs. In February, just three months ago, an option was launched in the Bahamas for citizens to load the CBDC of the country into a prepaid Mastercard. The CEO also stated that new partnerships with several digital asset networks are being entered in this quarter. Also, Gemini announced during the week that they would be partnering with Mastercard as their digital rewards credit card is to be launched later this year.

Why a Presidential Pardon was paid for with Bitcoin?

The attempt of the Former digital asset-friendly Florida tax collector Joel Greenberg to pay for a presidential pardon using bitcoin caused a lot of ruckus in the digital asset space this week. The report released on Thursday indicated that Greenberg had offered to send $250,000 worth of bitcoin to the political consultant tied to former U.S. President Donald Trump, Roger Stone, to secure a presidential pardon for himself. Sources reveal screenshots of messages allegedly sent by the former Florida official. On one of the pieces of evidence, Greenberg wrote, "If I get you $250K in bitcoin, would that help, or is this not a financial matter?" Although further investigations are being made, this disclosure seems to be part of a bigger story and is also about the implication of U.S. Rep. Matt Gaetz of Florida. Federal officials are reportedly investigating Gaetz for allegedly having a sexual relationship with a minor. Greenberg also faces charges on several legal violations, among which is the sex trafficking of a child. According to the New York Times, Gaetz is under investigation as a part of the Greenberg case and is also a member of the Congressional Blockchain Caucus. Sources indicate that Greenberg had written a confession letter as part of his efforts to secure a pardon. Gaetz was implicated in the allegations of a sexual relationship with a minor.

Ethiopia set to use blockchain in schools

Meanwhile, in North-Eastern Africa, Ethiopia's Minister of Education Getahun Mekuria has confirmed the government's collaboration with IOHK on a blockchain-based system to help track students' performance in schools around the country. IOHK is the company behind the Cordano protocol. According to Mekuria, the initiative is to improve the quality of education with blockchain technology. Though the project is still in its early stages, IOHK has begun developing the code for the project and expects to launch by January of 2022 and not anytime sooner. Lately, Africa has become a fertile ground for digital asset experimentation. Among the list of African countries with sizeable peer-to-peer bitcoin markets globally, Nigeria holds the largest. Hip-hop star Akon looks to build a project that is centered on digital assets in Senegal. According to the report, a Cordano blockchain-based I.D. will be given to 5 million Ethiopian students, and with this I.D., the ministry of education can track their performance. Mekuria also stated that access to the system would be given to about 750,000 teachers. The government has struck a deal with a Chinese manufacturer of tablet computers to be distributed to the students.

As an update on the report from last week about the probe into the digital exchange company Thodex which went offline and its CEO went missing, six individuals have been jailed in connection to the case. Among those incarcerated are the brother and sister of the absent CEO Faruk Fatih Ozer and other senior employees. Over the last week, about 83 individuals have been detained in connection with the investigation, and most of them have been released. On April 23, Interpol issued a red notice for Ozer, who had fled to Albania shortly after the platform went offline. With the red notice, Ozar will be arrested by law enforcement officials anywhere in the world, pending extradition. With over 400,000 members, Thodex announced that from the 18th to April 19, it would be undergoing maintenance and would be offline for about five days. A complaint was filed against the exchange on April 22 with allegations of stolen hundreds of millions of dollars. Turkey's Minister of the interior, Suleyman Soylu, stated that the company's portfolio totaled about $108 million. Amidst this is the ban on digital currencies in the country as means of payment, and Verbicoin, who have found themselves in the line of fire of regulatory pressures. These pressures led Vebitcoin to inform its users on April 24 that it would be ceasing activities due to financial constraints after Turkish authorities had frozen all their bank accounts and four of their personnel and administrators detained.

Columbia was in the spotlight this week as regulators in the country step in with rules to regulate the increased use of digital currencies. Jehudi Castro, the digital transformation adviser to the President of Columbia, stated that the upswing in digital assets in the country could no longer be ignored. According to Castro, various scams and other consequences of digital asset activities are worth guarding against, as doing nothing will lead to worse circumstances. Statistics from the previous year show that Chilean digital exchange Buda.com had a record of $31.1 million in traded volume in the country. Recent stats on the trading platform show a traded volume of nearly $40 million just in the first three months of this year. Alejandro Beltràn, who is the country manager for Buda.com in Columbia, expressed the company's excitement over their recent success and stated, "It's our best year ever." This he said concerning passing their 2020 threshold in just three months.

According to the 2020 global digital asset index, after Venezuela, Columbia seems to be the fastest-growing digital asset market in the region. Ranked ninth in the global index, Columbia is behind the U.S. by only three places. Also, according to LocalBitcoins, a peer-to-peer digital asset trading platform, Columbia is the third-largest on the platform by trading volume. These did not elude the recognitions of the government as regulators in the country have issued guidelines on digital asset tax and regulations on anti-money laundering (AML). These regulations came in addition to the expansion of the government's fintech sandbox. A pilot is currently being conducted to allow commercial banks to collaborate with notable international exchanges in testing some services. According to reports, nine out of fourteen applicants were chosen to test banking services for digital assets platforms in the yearlong project. Among those selected by the country's biggest banks is Buda.com; others like Divivienda bank have partnered with Binance while Bancolombia partnered with Gemini.

News about the launch of a digital currency exchange-traded fund (ETF) by the Australian Securities Exchange (ASX) slated for the end of this year was among the top discussed reports this week. This report released by Business Insider Australia cited multiple individuals familiar with knowledge of the situation. Although the ASX couldn't confirm any ETF among its task this year, it has stated that a significant amount of time would be spent on digital assets. Acknowledging the solid establishment of digital assets, the ASX had indicated that they have become too well-known to ignore. Being at institutional levels in markets like the U.K., Europe, Canada, and the U.S., the ASX has stated that it cannot ignore this level of recognition that digital assets seem to be getting in the international market. This statement came from Max Cunningham, the executive general manager of ASX. These developments come after Canada has already listed four bitcoin and four ether ETFs on the Toronto Stock Exchange (TSX).

The Silicon Valley V.C. giant a16z goes for its third digital asset venture fund as it sets to launch a $1B Crypto Venture Fund. According to reports from Friday on Financial Times, four individuals with knowledge of the process stated that Andreessen Horowitz (a16z) hopes to have between $800 million to $1 billion from the new fund. This is also hoping to double the previous fund of $515 million, which a16z had raised for digital asset investments. Before this news report was Coinbase's public listing which handsomely rewarded a16z for its early support of the digital exchange. Cashing out $449.2 million in COIN stock on behalf of its investors on April 14 when the stock debuted on Nasdaq, a16z seems to be looking to "coral investors in finding the next bitcoin."